In the first instance, we must understand what radio frequency is. Radio frequency, speaking in the sense of telecommunications, is the part of the electromagnetic spectrum that is between 3KHz and 300 GHz, which are speeds that are handled in current communications. The Hertz as a physical unit of measurement is used to describe the cycles per second of electromagnetic waves. 1 Hz equals one cycle per second, that is, one sling is generated per second.

Understanding the concept of what radio frequency is, it is difficult to think of more efficient ways to carry out the dynamics of telecommunications, since these waves travel almost instantaneously. Many groups of scientists are working to improve this technology, or simply to find another innovative way to provide means of communication.

NASA and lasers in communications

Since the beginning of NASA, data transmission has been a fundamental part of the development of this organization, considering that most of them are based on a constant report of data obtained in real-time.

When missions to space are carried out, many types of equipment designed to capture data is put into operation, such as exploration robots, huge antennas and satellites, telescopes, and among others, so that reports and communication in general between the teams working from earth and space must be in constant flux.

Faced with the enormous communication demands of NASA, RF technology is reaching its limit, as it is being insufficient to satisfy the flow of data and information executed by NASA. As a result of this problem, NASA has investigated laser rays, in order to use them as a means of transmitting the information. Recently, a technology known as the Lunar Laser Communication Demonstration (LLCD) was tested, which allows fluid communication between the moon and the earth.

The laser beam pulse was emitted from the LLCD module, a powerful machine designed for this purpose, achieving the grandiose result of a download speed of approximately 622Mb / s, which would be equivalent to reducing the download time of a long film average 639 hours to only 8 minutes. This is a huge advance in connection speed on the moon, which will significantly improve the flow of research and development.

The basis of this technology is the encoding of information by means of light. As an example, we have fiber optics, which is used in most telecommunications today, but the big difference with lasers is that lasers can travel wirelessly, using small visible portions in the electromagnetic spectrum. Another important factor that NASA considered when testing this technology is that lasers travel 10,000 times faster than radiofrequency waves.

Antennas as if they were chips: a radical change in the antenna concept

At the NSF(National Science Foundation) awards, a prize of $ 500,000 was awarded to 2 people who did some very interesting research on the conventional way of using antennas to facilitate communication. One of them was Professor Theodore (Ted) Rappaport from NYU and Professor Shiwen Mao from Auburn University.

Currently, they lead research and development teams comprised of students and faculty from the NYU Wireless research center. One of the research groups proposed creating signal antennas as if they were microchips, which will be adapted to communication devices that reach frequencies of terahertz, approximately 60Ghz. 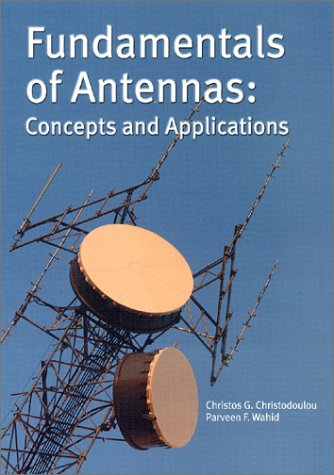 An important detail highlighted in the research paper was that conventional chip-type antennas usually have only 10% efficiency, while, if the high-reception structural antennas were redesigned, they could be condensed into a millimeter-sized design.

This type of communication has been studied for many years, around of 100 years. Since the idea is simple, but its execution was always a real challenge. Let’s just imagine the fact that, just by being in contact with a little light, one can obtain manageable data, such as being connected to the internet by means of a “light bulb”.

One of the first tests carried out was carried out by Professor Harald Haas at the University of Edinburgh using an LED bulb, achieving a speed of 10Mb / s. Professor Hass added that the information transmission capacity can be increased to a speed of 500Mb / s, which is considered as the limit capacity to which this technology can reach.

Despite successful trials of this fascinating technology, there are always drawbacks and issues to solve. One of them is objects or materials that can cause refraction of light, transparent objects, but with opaque tonality, or even the space that certain objects occupy in an environment. Good conditions should be fostered for the fluidity of the transmission of information; from the materials of the environment, as well as the location of objects. For example, ornaments in an office; one of them could be an elegant glass vase, which, if found in the path of the light spectrum, could refract light and affect the flow of information. Another factor that can affect it is distance since visible light has a greater intensity in short distances.

The importance of seeking improvements in communications

Although it seems that current technologies are sufficient to meet the demands, scientists and engineers know that these needs are increasing. Few countries in the world enjoy good internet and telephony connections, so innovative telecommunications solutions, even if they seem only to improve existing ones, help make them more accessible to the general public.

The case is that current technologies must be substituted by better solutions to satisfy demand. As an example, we see the changes that NASA is making in the way they transfer data from space to earth and vice versa since RF waves were no longer sufficient. Coaxial cable is being replaced by fiber optics, so information travels as a beam of light; this is a solution to latency problems. Now, wireless solutions such as VLC technology or laser beam, seek to improve communications significantly.