A comprehensive review of the performance, features, and specifications of the Uniden SDS100 True I/Q Digital Handheld radio Scanner and its shortcomings. keeping read for more details Uniden SDS100 Review.

When you are looking to purchase a handheld scanner, there are a handful of qualities you look for in terms of how well they perform. Regardless of the purpose, you want to use it for, you want a scanner that is reliable, offers good reception and gives you access to a wide array of channels.

The Uniden SDS100 True I/Q Digital Handheld Scanner is specifically designed to fulfill all of these requirements to the highest industry standard. Uniden set out to manufacture a handheld scanner that will pick up transmissions from all over the US and Canada, despite the climate or terrain. It’s built to be both resilient and reliable and gives its users the power to overcome the frustration of simulcast interference issues in whatever area they are operating from.


The details of the Uniden SDS100 Review

There are quite a few reasons why the Uniden SDS100 scanner caught our eye and continued to shine the more that we put it to the test:

The Uniden SDS100: A Closer Look

The Uniden SDS100 True I/Q Digital Handheld Scanner is undoubtedly a high-end scanner catered to the needs of the most dedicated enthusiasts. The price point ($550-$650) is among the highest on the market and Uniden sets out to justify the cost of this scanner by outpacing the competition in customizability and overall performance capacity.

Inside the box, you will receive the scanner itself along with an SMA Semi-Ridged Antenna, SMA-BNC adaptor, 411.com registration card, USB to USB mini-B programming/charging cable, and a rotating belt clip along with the plastic attachment and hardware to screw it to the scanner. There are also 3.7 VDC 5400 mAh rechargeable lithium-ion battery and a microSD card pre-installed and pre-programmed with the RadioReference database (HPDB), Uniden’s Sentinel software, and the operating system, all of which can be updated through your PC so that it remains as current as possible. And of course, you will receive the SDS100 owner’s manual to help you navigate all of the extensive and nuanced features that this model has to offer.

The most glaring advantage this model offers is its effectiveness in areas with a weak signals or prone to simulcast. The SDS100 outshines the competition using its True FQ Receiver technology, offering significantly better error correction and digital signal recovery. If you are someone who is constantly struggling with a simulcast with your current scanner and overcoming it is your utmost priority, Uniden has arrived with the solution.

The SDS100 has a rugged design built specifically for portability. It is both dust and water-resistant and all the jacks have covers attached to them to prevent any contaminants from making their way into the scanner. Just by holding it in your hand, you get the feeling it was built to last and you won’t have to worry about it being vulnerable to weather or drops and falls.

This model also really shines in terms of giving the user the ability to control and customize the color LCD display. You are able to set the display color for each field in the display and for many fields, you can even access the information provided for it. It is actually the first handheld scanner that allows you to choose what is displayed, where it is displayed on the screen, and in what color so you have total control over nearly everything on the LCD monitor.

The SDS100 is integrated with the HomePatrol Database, giving you access to all known radio systems in both the United States and Canada. This database is updated on a weekly basis through the Sentinel software and Uniden system updates. Programming can be as simple as merely entering your zip code/GPS coordinates or using the Auto-locate feature if you are unsure exactly where you are. From there, you can adjust the Range Control to choose exactly how far from your current location you would like the scanner to search.

It comes equipped with an 8GB microSD card which contains all of the databases for the US and Canada while also leaving ample space for hundreds of hours of recorded audio. You can record and store each transmission and the SDS100 will distinguish between an actual transmission and quiet time, time-stamp the transmissions and even add some metadata via the scanner itself or your computer.

There is also an instant replay feature that enables the user to play back up to 4 minutes of the most recent transmissions and automatically removes the quiet time between those transmissions for smooth, uninterrupted playback.

These are just some of the more impressive features offered by the SDS100. This scanner has a whole lot more to offer enthusiasts who are really passionate about the customizability and functionality of their handheld scanner.

[..Sample buyer review…  “this is worth the money and initial if your purchases will get a new battery once they upgrade the new battery for the unit… The Uniden SDS100 is the best, I can pick up channels I could not with my Uniden BCD436HP. Also, the audio seems to be much clearer than my Uniden BCD436HP. The best thing is I took my programming from my Uniden BCD436HP (in Sentinel) & copied it right to the Uniden SDS100. Easy as pie I was up and running in minutes with programming I have spent hours on with old scanner.” Read more buyer reviews and buying tips at Amazon]

Our final thoughts on the Uniden SDS100 review

As you can see, the Uniden SDS100 really has all of the bells and whistles you would expect from a top-tier handheld scanner in its price range. Uniden really stepped up to the plate in terms of addressing simulcast issues and has even further expanded the user’s ability to mold their experience to their liking. However, this review would be incomplete if we did not call attention to some of its shortcomings.

When you pay this much for a handheld scanner, you really expect that the speaker and sound quality will surpass other more affordable scanners on the market. Unfortunately, the fidelity leaves much to be desired and it can not support the high audio power it offers, resulting in tinny and even distorted sound quality at higher volumes.

We also noticed that the SDS100 generates heat with prolonged use. This may not seem like a big deal at first, but when you spend over $500 on a scanner, you expect longevity. If you are someone that uses your scanner very often then you should be aware that this issue could cause internal deterioration over time. We seriously hope that Uniden will address this issue moving forward because those who purchase such an expensive, high-end scanner are likely to find this a real deal-breaker.

Lastly, though the SDS100 has certainly made some serious advancements with the issue of the simulcast, don’t expect that this problem will be eliminated completely. There are still very mixed reviews on this point and users who live in areas prone to heavy simulcast transmissions have reported that despite Uniden’s claim that this model deals with simulcast better than any radio on the market, a whole host of users reported that in reality, it did not live up to their expectations.

Purchasing such an expensive scanner is a big decision for most of us, so you should heavily consider these potential shortcomings before shelling out so much money. Ultimately, only you can decide whether the adjustments Uniden has made between the SDS100 and earlier, more affordable models like the BCD436HP justify the inflated price tag.

Q-1. Can the SDS100 be updated through a Chrome OS or does it require Windows OS?

This model requires Windows OS only in order to make updates.

Q-2. Can it pick up on cell phone frequencies as well? 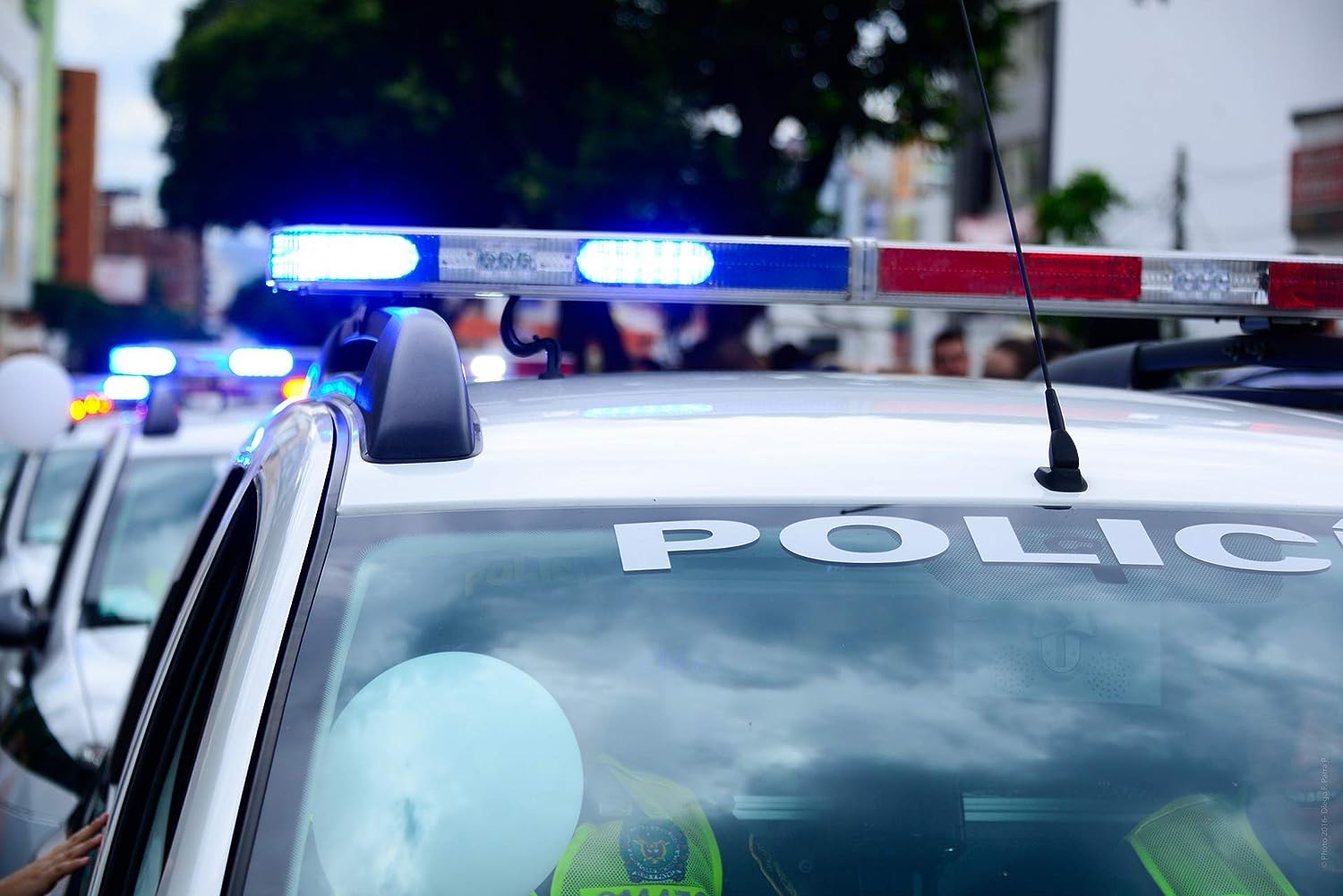 Charging your Uniden SDS100 is a simple process that only takes a few minutes. The scanner comes with a 12V DC car adapter, which you can use to charge the scanner using your car’s cigarette lighter outlet. You can also use the included micro-USB cable to connect the scanner to a computer or USB wall charger for charging. When the scanner’s battery is low, the LED indicator will flash red.

The Uniden SDS100 is an advanced digital scanner that can monitor digital and analog signals. It has a frequency range of 25-512 MHz and a VHF range of 136-174 MHz. The scanner can also monitor trunked radio systems, including P25 Phase I and II systems. It has a database of frequencies that can be updated using the built-in Wi-Fi connection. The Uniden SDS100 is a powerful tool for monitoring public safety communications.

How does the Uniden SDS100 work?

The Uniden SDS100 is a digital scanner that can monitor digital and analog signals. The SDS100 also has a Trunk Tracker V feature that allows it to monitor trunked radio systems.

The Uniden SDS100 digital scanner is a top-of-the-line product that offers many features. It can be used to monitor police and fire departments, as well as other government and emergency services. The SDS100 can also be used to monitor weather conditions and traffic.

One of the most unique features of the SDS100 is its ability to decode P25 Phase 1 and 2 signals. This allows users to monitor communications that were previously unavailable with other scanners. The SDS100 also has a color display, which makes it easier to read text and graphics.

In addition, the scanner has a built-in GPS receiver that can be used to track the location of emergency vehicles. The receiver can also be used to provide information about weather conditions and traffic.

The Uniden SDS100 is a sleek cordless phone that has many features to make your calling experience better. The phone has a large, clear display that makes it easy to see who is calling, even from a distance. The phone also has a speakerphone feature, so you can talk hands-free. Additionally, the phone has a caller ID feature, which will display the name and number of the person who is calling, even if they are not in your contacts list.